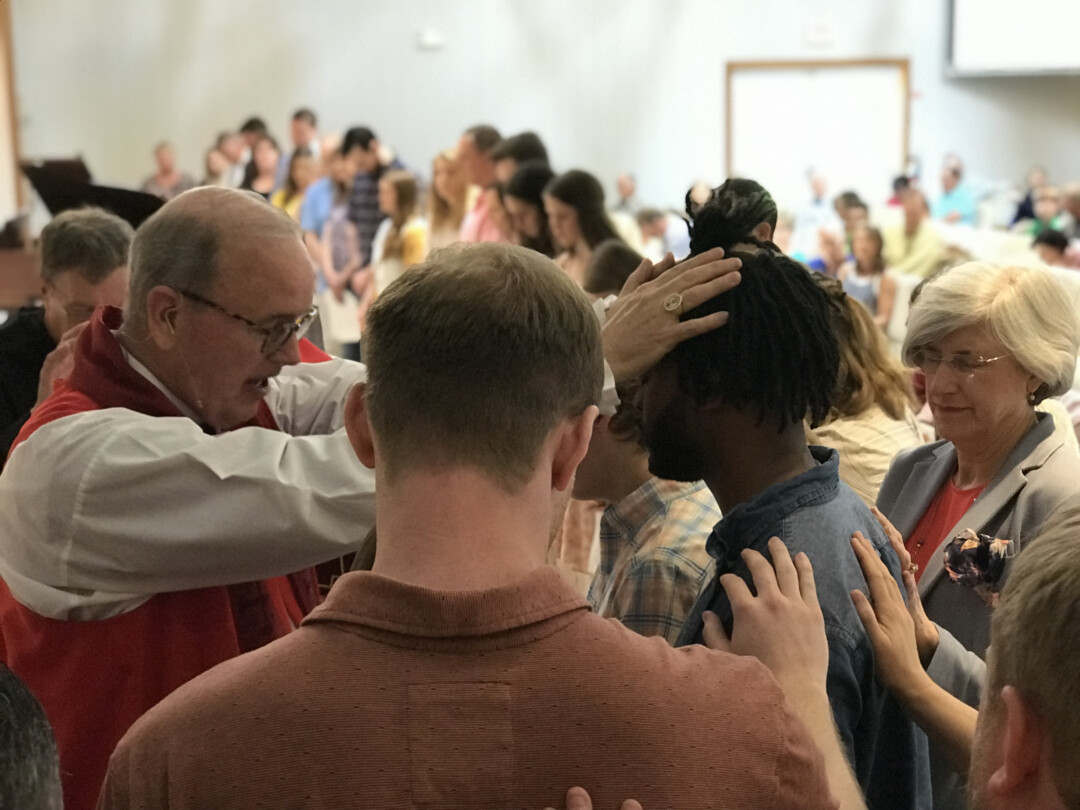 Photo: Church of the Redeemer, Greensboro

Confirmation in the Diocese of Christ Our Hope

The church uses a variety of metrics to measure growth. In the Diocese of Christ Our Hope, whose primary mission is to plant, equip, and multiply disciple-making Anglican churches, the number of new church plants and new church plant interest groups traditionally have been our key metrics. Those are good metrics and they make sense. After all, the more churches there are, the more opportunity for people to come to a knowledge and love of Jesus Christ! It is necessary to grow wide.

Growing wide, though, is untenable without growing deep. As I type, I’m looking out the window into my neighbor’s yard where a very tall, very thick old maple tree used to stand. It had a huge canopy of leaves and branches that covered the neighbor’s entire yard and most of the street. It looked like that tree had been there a hundred years and had at least another hundred left… that is, until a severe storm rolled through earlier this spring. The wind uprooted the tree and it fell across the street onto another neighbor’s car. Inspecting the damage after the storm, you could see the entire root system ripped from the ground. Maple trees have notoriously shallow roots relative to their height - usually less than two feet below the ground. A tree can only grow so large without deep roots to anchor it.

Incidentally, the mission of the diocese is to plant disciple-making Anglican churches. Well-formed disciples are the “roots” of the church - believers whose faith is rich and deep; who anchor the church and allow it to weather the constant storms of our historical moment.

A key marker of discipleship in our Anglican world is confirmation and confirmations have been happening in a flurry around the diocese! Bp. Steve remarked during a recent meeting that between mid-September 2021 and the end of April, 2022, he and Bp. Quigg will have confirmed nearly 300 people in Diocese of Christ Our Hope churches. That is 300 confirmations in just seven months!

That is significant because of everything confirmation entails. At its core, confirmation is the anointing of laypeople for the expansion and growth of mission in their lives and spheres of influence. It is a mark that a believer has been affirmed in their faith and subsequently set apart for ministry; that the Holy Spirit is active, working out God’s ultimate purpose for that person’s life.

Confirmation also grows the church. It grows the size of the church certainly, but confirmation also grows the church as a sacramental community where God intersects the world through the work and ministry of his people. It brings Christians into a deeper relationship with one another, unified in their calling as, “a chosen people, a royal priesthood, a holy nation, God’s special possession,” who proclaim the glory of God who brought them out of darkness and into the light (1 Peter 2:9).

Each time Bp. Steve or Bp. Quigg confirms someone, they witness the Lord at work in a new way and this has become a favorite part of their episcopal ministries.

Often in confirmation, the Lord will identify a new calling in a confirmand. After one set of confirmations, a father approached Bp. Steve and revealed that the Lord had given him the vocation to disciple. Not only did he want to disciple his own children well, but he felt a calling to minister to other fathers and help them disciple their children well.

Finally, the Lord might clarify the calling of a confirmand. One high school student found herself in and around conflict often. She prayed for peace, hoping the Lord might remove conflict from her life. At her confirmation, the Lord expanded on that prayer, calling this student to be an active agent of peace, a true peacemaker, compelling her to lean into conflict as it arose and work to bring resolution.

Stories like this abound in both Bp. Steve and Bp. Quigg’s experience. Praise God that he is growing our diocese wide and deep. Praise God for clergy and church leaders who recognize the need for Christians to be discipled well. Pray with us that the Lord would continue to bless our diocese in this way, forming deeply-rooted disciples who live into their calling as God’s royal priesthood proclaiming his glory.

Officially he's Robert, but you can call him Buddy. Everyone else does!
As Communications Director, Buddy helps the diocese cast vision and stay on mission in all of its work. He sets communication guidelines and best practices, manages diocesan events, crafts content, edits the AnchorLines newsletter and Weekly Cycle of Prayer, administrates adhope.org, supports the diocese’s ministry initiatives, and makes sure the rest of the staff dots their "i’s" and crosses their "t’s."
He especially loves sharing stories of God at work in the diocese. Churches are being planted, ministries are being founded, and people are coming to know and love the Lord Jesus Christ. As communications director, Buddy gets a front-row seat to what the Lord is doing!
Buddy is married to Sarah, a registered nurse in the neuro-ICU. They live in Greensboro, NC where they are raising two wonderful children, Lydia and James. They have attended Church of the Redeemer since 2016, where Buddy serves as a deacon. He will graduate with his Master’s Degree from Asbury Theological Seminary in December 2022.
When he’s not working you, can find Buddy playing with his kids, reading spy novels, and watching ice hockey. If you come by the office, there’s a good chance you’ll hear heavy metal music coming from his door.
(Login/Register to leave a comment)