On Earth, As It Is in Heaven

“For we know that where two or more are gathered together in my name, I am there among them.”

Well, we for sure had two or more gathered this year at Camp Booyah and the Lord did not fail to keep His promise. As a former camper, it was beautiful to now get to see how the Lord works at camp from a leader’s perspective. I first went to Camp Booyah four years ago. I was a junior in high school and had the time of my life. Not because of the camp property, or the games we played, or even the Encouragrams I received, but because of the people there and because the Lord was there. That was true of this summer at Booyah as well.

But this time, as a counselor, I had the joy of walking alongside kids as they experienced the love that I had encountered so many years ago. What makes Camp Booyah great is that the Lord is at the center. I saw this to be so evident in our daily leader meetings. As a college student, it was encouraging to be surrounded by leaders who really love their Heavenly Father, and as a result, loved their campers. We would discuss the hard parts of camp, the parts where we saw the enemy trying to thwart his way into our experience, and we would rebuke that. We would come together as leaders and advocate for these kids. We cried out together to the only one capable of helping them.  .

The theme for camp this year was “United.” We had the joy of listening to Drew preach on Luke 15 and the “prodigal sons” and explore in depth of each character. Each night, Drew focused on a different person in the story: the younger brother, the older brother, and the father. It was a gift to sit in cabin time with my girls and hear them talk about how they relate to each brother in the story. Not only that, but also how the story is so relatable to their own lives in different ways. Some girls who had only ever identified as the older brother found themselves seeing similarities between them and the younger brother, and vice versa. Throughout the week I got to witness girls come around each other, and listen to and learn from one another. I could not ask for a greater gift.

Another aspect that makes Booyah so great are the teams. In past years, each team has been assigned a color but this year, we all represented different countries. I was on “Team Chile” (who took third place, might I add) and it was nothing short of an amazing experience. This is where the intergenerational community really comes into play. Our team had kids from multiple churches ranging in age from 12-18 years old. From an outsider’s view, that may seem like it would be awkward or hard. Without the presence of our Father, it would be. We had kids with all different comfort levels and personality types. Watching the older campers welcome the younger ones was impactful.

We worked on service projects throughout the week and day by day our teammates slowly became closer to each other. Another sweet part of our team was that we had the challenge of memorizing Luke 15:11-32. In order to get points for your team, every single person had to memorize part of it. I initiated making the kids memorize the verses, but after that, they would walk around and test each other. They helped the ones who were struggling and made sure everyone did their part. It was sweet to see them cheer each other on. Once we memorized all of it and recited it for points, everyone was so proud. The best part of that picture is that they could not have done it alone. They needed each other. As their leader, I got a front row seat to watch that unfold. These kids really are different. They have the love of Christ in them and it is evident.

At the end of the week, we always host a “Booyah’s Got Talent” show. This is an opportunity for kids to showcase talent of any kind. In a world that tells them they are “weird” or “not good enough,” Booyah tells them that they are seen and wanted. This might’ve been my favorite part of the week. I was in tears watching campers go in front of 300 of their peers, perform, and hear the audience roar for them. Where else could these kids go up on stage, sing off key, and be celebrated in this overwhelming way? It is the most beautiful picture of heaven to me. I believe that is the best way to describe camp. It is a picture of God’s kingdom “on earth as it is in heaven.” That is what we pray for and plan for, and I believe that is what the Lord gave us. It was an honor to be a part of it. 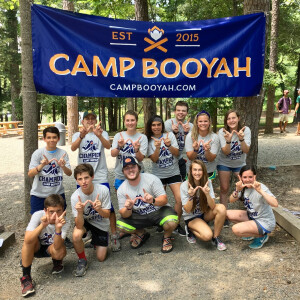 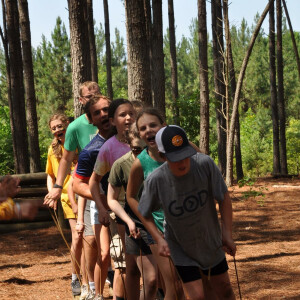 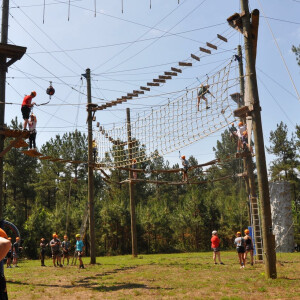 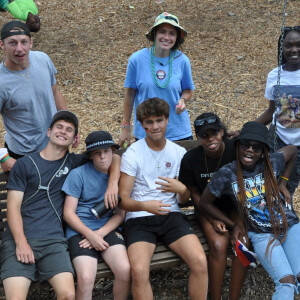 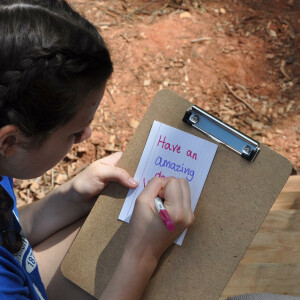