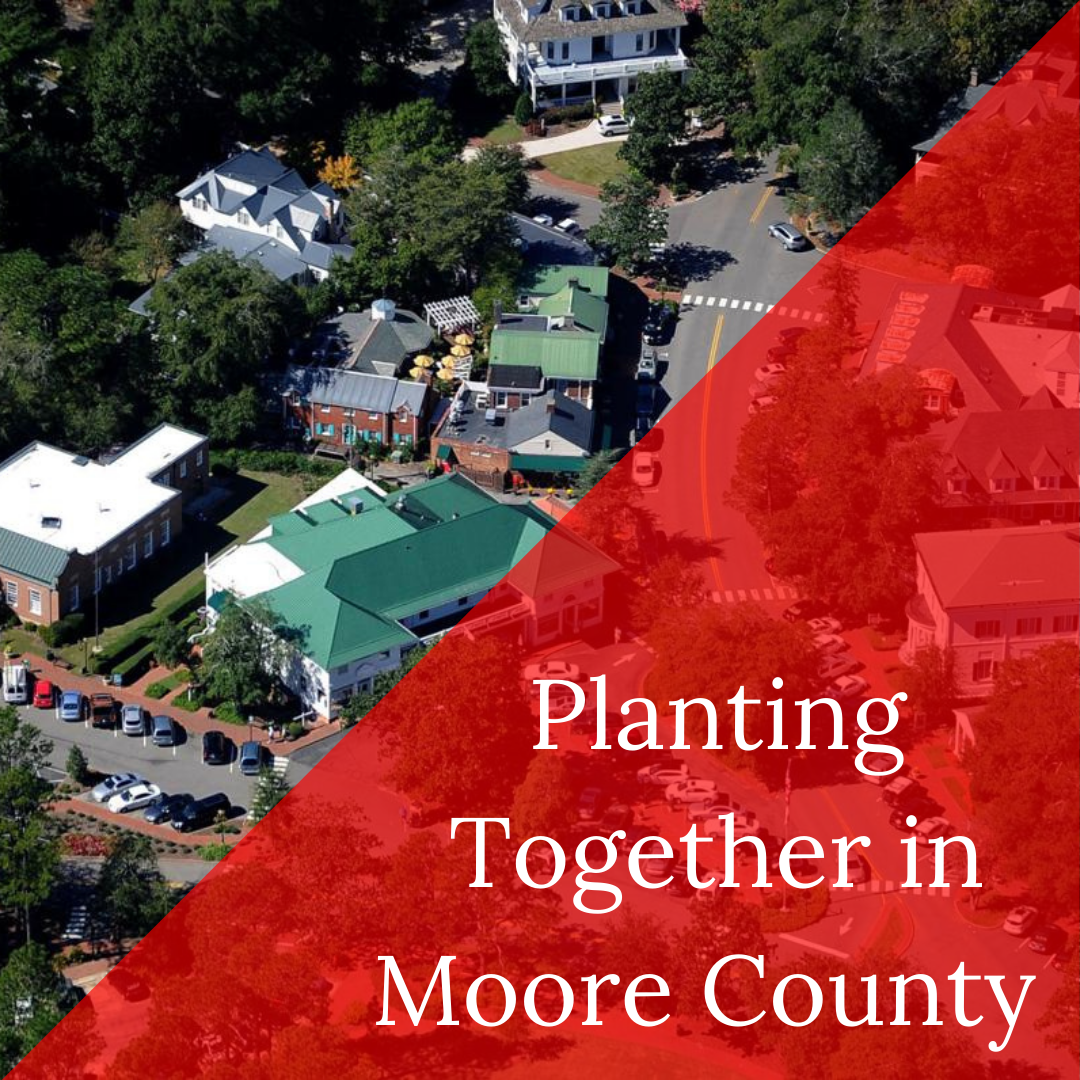 Do not despise small beginnings.

Paul encouraged the churches he planted to serve one another. We are seeing that model lived out in Moore County, NC. In January 2021, Resurrection Church Hope Mills, Holy Trinity Church Chapel Hill, and Christ Church Winston-Salem agreed to invest time and resources helping a small group investigate planting an ACNA church. In truth, we were only two local families and a third who planned to move to the area in fall of 2022. Interestingly, only one of these families had a background in Anglicanism.

In February, we began a weekly Lectio Divina over Zoom. This was a rich time of discipleship and because it was online, the family out of town could join and we could invite others to pop on the Zoom if they wanted to check us out. A new family joined us as a result - and now we were four.

On, April 1, we had our first communion service in a backyard to celebrate Maundy Thursday. The team from Resurrection Church came and live-streamed the service back to their people. When I think about it, their congregation gave up their own in-person service exemplifying the sort of sacrificial service we were celebrating.

Early summer, the women in our group started meeting in person once a week after getting the kids to bed. We read a spiritual formation devotional and discussed what God was doing in our lives. The group grew quickly to ten members. A few belong to other churches but some are now visiting our monthly preview services which began in October.

We hold our in- person monthly preview services at a chapel we rent for the morning in downtown Southern Pines. We ran a small ad in the local paper about the services and a woman, who told us she never reads the paper saw it and she and her husband came to the November service.

In January, 2022 we stopped the zoom meetings and started a monthly practical ministry training on one of our Monday nights for both men and women. We take different aspects of the Anglican worship service and someone leads on a particular topic. We have had two so far, one on reconciliation and another on telling our God stories.

In November, a former Resurrection Church family moved back to the states from Germany, landing in Moore Co. and joined us.

In December, a couple visited who used to go to Holy Trinity in Chapel Hill before moving closer to Moore County and joined us.

At our January service, I looked around and realized that three of our four original “Zoom” families were either sick or out of town but we were able to have service because God had brought three new core group families in just as many months. We have also seen new visitors at every preview service. It may be a small beginning but we never felt that small because of the support of the three churches that have sacrificially serve us.