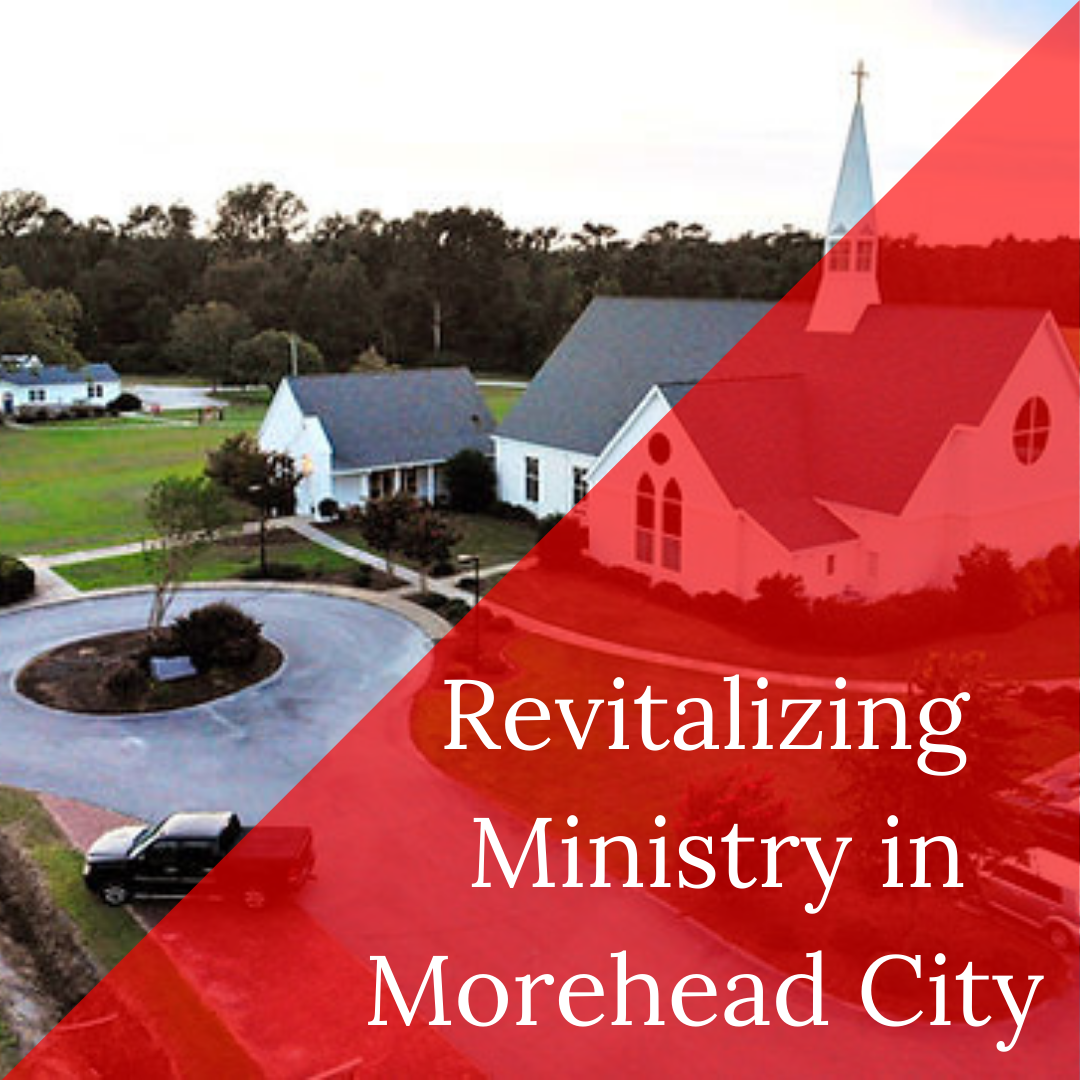 Years ago, I humbly pledged to the Lord that I’d serve Him in any small, coastal resort town He would send me to. I was joking, but He was willing: Our journey has taken us from Pawleys Island to a little town on Lake Michigan, and then, on July 5, 2009, to All Saints in Morehead City, North Carolina… two years to the day God announced through a prophetic dream that I’d someday lead this church I’d never seen.

The journey, since 2009, has been hard. All you have to do is look at the trend in our Sunday morning attendance to see that. During that span:

I really think that offended the Lord. It was a tipping point, and He determined to intervene and defend His bride. So, in the beginning of 2018, God made it clear to me that in order to thrive – even survive – He would have to change All Saints’ culture. He was calling us to pursue revitalization. That prompted me to engage an old friend, the Rev. Jon Shuler, as coach and consultant.

I was excited for this new season, but I knew revitalization had to happen in me, personally, before it could happen corporately at All Saints. And a major issue was that my wife and I were burned out on ministry. We had lost every best friend we’d ever had in ministry and weren’t sure it would be best for us to continue - for us or the church. So, we entered into an intense season of prayer, study, retreat, and a summer sabbatical in 2018 during which I quit the church 100 times, and 100 times I came back.

Engaging Rev. Shuler opened the door to a Church Planting & Renewal Residency through Anglican Associates, in Little Rock, Arkansas, which began immediately after my sabbatical ended and ran through April 2019. During that time, 1/3 of my weekdays were spent away from the church.

As that season progressed, I could hear the Lord speak again. And His voice sounded a lot more encouraging and a lot less condemning than those I’d been listening to. I found myself able to dream, think creatively and strategize again.

We found it critical to re-read Matthew 28 and re-discovered our calling. We re-read Acts 2:42-47 and therein found vision to re-organize ministry teams and their budgets into the categories of that line up with that passage.

One of the great blessings of that season was the response of our lay leaders here at All Saints. It seemed we didn’t skip a beat. We simplified things plenty. Perhaps most important, was that we corporately owned and publicly proclaimed our need for renewal.

In late 2018, the Lord led me, through the creation of a teaching series, “Renew Me, Renew Us”  which presents two propositions: [1] Individuals need to be renewed before corporate renewal can happen; and that [2] God tends to renew either:

Very quickly, it seemed the Lord was moving in all this:

And then COVID-19 hit. We worshipped indoors up until March 22, 2020, which was the only Sunday we did not meet in person throughout the pandemic. On March 29, we moved worship outdoors, worshipping in our parking lot or at a waterfront park until coming back inside on July 5, 2020.

I remember thinking, "if we didn’t have the internet or TV, we’d never have known there was a pandemic." We did have cases in our community, but we were never affected much. We never required masks. We didn’t worry much about social distancing. We asked people to pray, use caution and common sense, and then come to church if they could. Attendance numbers weren’t great but they were steady, and our occasional outdoor services were always well-attended.

Throughout the rest of 2020 and into 2021, the Lord brought us nearly 50 new members. I’d love to say that most were lost who found us and got found, but most of these new folks were orthodox believers who were finally compelled to leave their progressive-leaning, online-only churches. Many were leaders who were holding out hope and trying to change their former churches from within.

While I was glad for the new faces, I was cautious, wondering if they were simply riding out the COVID storm here at All Saints. Over the past year, that caution has given way to enormous gratitude with new folks taken on all sorts of roles. New ministries have been started and existing ones have been revived and reinforced. The biggest challenge I’ve had is the integration of so many into the ongoing life of the church.

2021 also brought in increased in engagement with the Diocese, which we joined in 2019. We had been Anglican Mission holdouts until then and have found Christ Our Hope to be an oasis for us. We love the folks in our little deanery and appreciate so much our relationships with brothers and sisters throughout the diocese. Our kids had an amazing time at Camp Booyah, and we’ll be taking an even larger group back this summer.

I can honestly say this has been the most challenging, rewarding and even enjoyable season of ministry I’ve ever had. Like never before, we’ve had to unify, be creative, embrace change, and rely on the Spirit, His Word and His Body to get through it all.